Leading up to the Cultural Diversity Assembly on February 6, grades one, two, three and five participated in creating their own rhythm sticks to use during the Ghanaian song Obwisana that was the closing activity for the assembly. Lead by music teacher Ms. Smith who is Ghanian by heritage, the kids watched as Ms. Smith started with several long sticks. The kids then watched as each stick was measured and marked preparation to be cut. Then they watched Jack Hogan, the facilities manager, cut the wood into pieces. The kids took to sanding the edges of their sticks either by hand or machine. After their sticks were sanded to their satisfaction, they had the opportunity to add their own touch of artistry to their sticks.

All the created rhythm sticks were used during the Obwisana song during the assembly. During this song, one stick ‘travels around the world’ and the other ‘stays at home’.  You can view more photos and videos about the process of creating rhythm sticks here on our Facebook Community Page 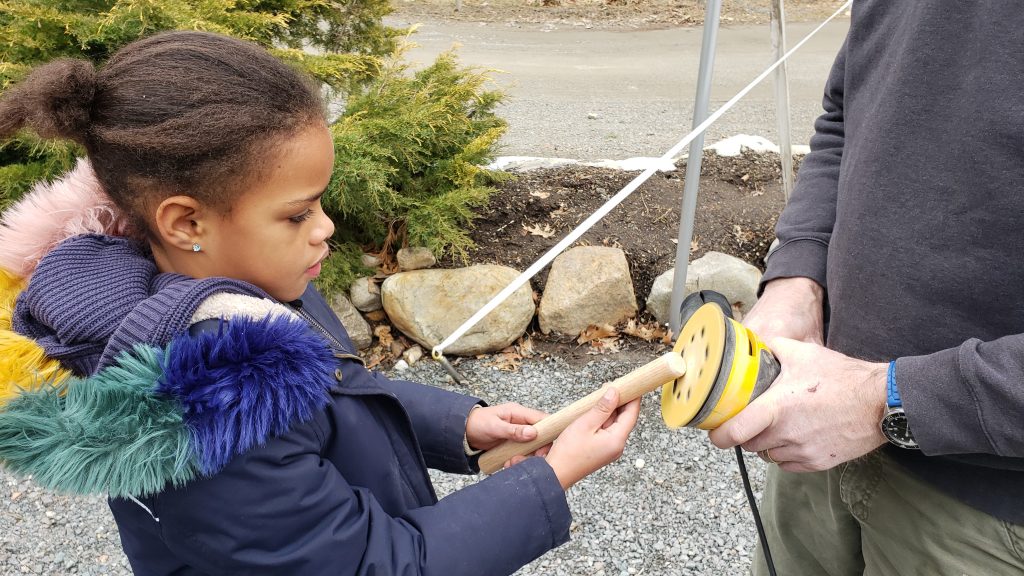 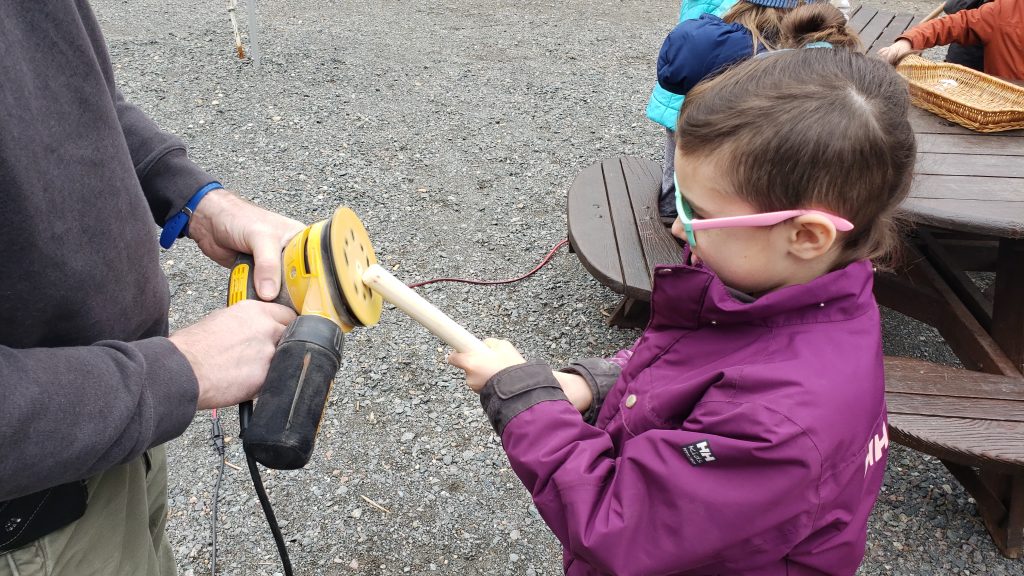 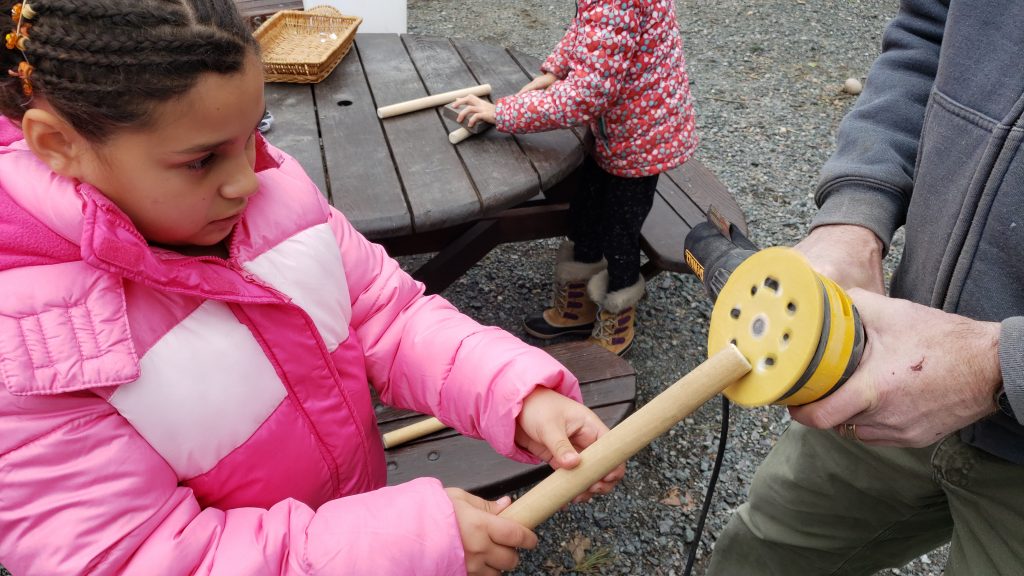