Waldorf in the News

The New York Times sparked national media coverage with its front page story on why Silicon Valley parents are turning to Waldorf education. This film picks up where that story left off.

Below are series of short films produced on the occasion of the centenary of Waldorf Education (1919 – 2019) under the direction of the award-winning Californian documentary filmmaker Paul Zehrer.

The film “Learn to Change the World” shows people from around the world who work on the big pedagogical tasks of our time based on Waldorf/Steiner pedagogy.

The second part of the film “Learn to Change the World” deals with encounter, engagement and inclusion: learning that goes beyond merely accumulating information can be understood as an individual way to seek the truth. One focus is the encounter across social, religious and ethnic barriers, as exemplified by the Oakland Community School for Creative Education, located in a social focus point in California, a Jewish-Arabic Kindergarten and the Parzival School Center in Karlsruhe.

“Becoming” is the third film in a series of short films produced on the occasion of the centenary of Waldorf Education under the direction of the award-winning Californian documentary filmmaker Paul Zehrer, and which provide an insight into the inclusive diversity of Waldorf Education under the most diverse cultural, social, religious and economic conditions around the globe. No age has a deeper impact on the whole of life than the first years of childhood. “During those first seven years, children develop their bodily foundation for life. They explore and experience the world with their senses and through meeting the other. These early encounters in life have a deep influence and long lasting effect on the making of their own being,” says Clara Aerts, coordinating member of IASWECE and co-producer of the film, which was shot in the USA, Israel, Japan, India, South Africa, Guatemala, the Czech Republic, Switzerland and Germany. “The experiences that we make possible – or withhold – for our children at this age form the most elementary basis for their further lives and thus ultimately for the future of humanity.”

CNN’s Dan Simon reports on a school in Silicon Valley that uses a no-technology approach and how it’s attractive to high-tech parents.

Informative three-minute news item by Fox New in Philadelphia on Waldorf Schools, featuring the “un-plugged” nature of the pedagogy and the surprising popularity of it with parents in high-tech industries (as reported by the NY Times).

In Silicon Valley, devices are an essential part of daily life. But many of the tech titans creating these products choose to power down when they leave the office, following industry giants like Bill Gates and Steve Jobs who restricted their own kids’ access to technology at home. Pierre Laurent, who has worked for companies including Microsoft and Intel, said he and his family typically leave their phones at a table to charge when at home. He says the tech industry designs products to hook users, reports CBS News’ Jamie Yuccas. 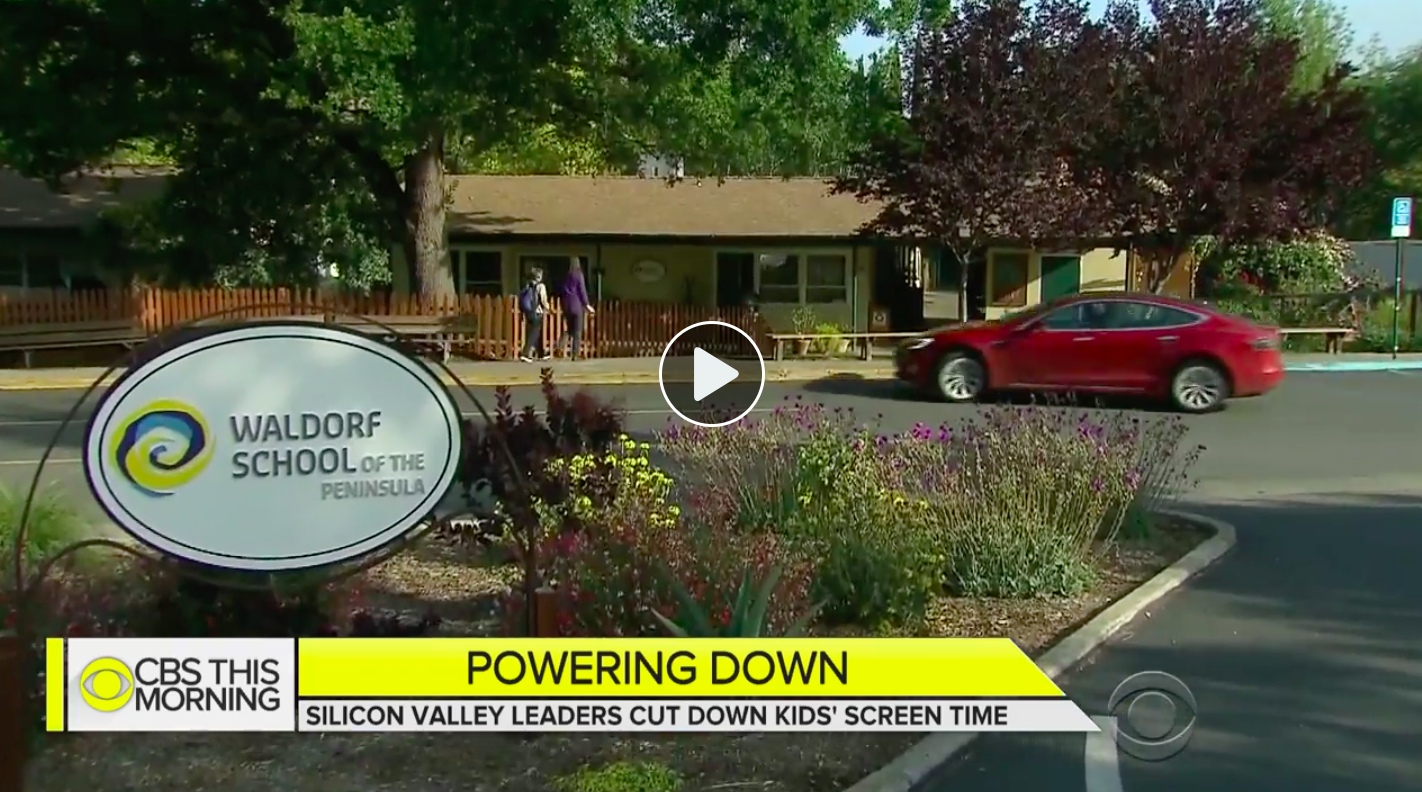 In most public and private schools across the nation, Chromebooks, iPads or Windows devices are everywhere. But things look very different at Waldorf Schools, where technology and screens aren’t used at all through 8th grade, and are scarce even in high school. The Waldorf teaching philosophy is used at more than 1,000 institutions in 91 countries, including 136 schools in the U.S. Watch the video to see what a Waldorf School is like, and why parents are seeking them out in places like Silicon Valley 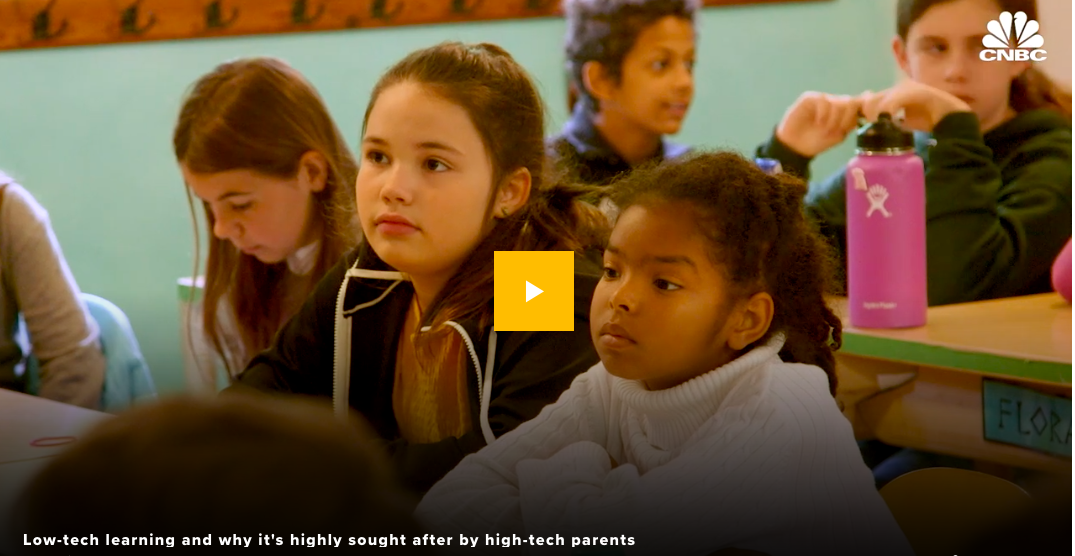 Psychologist Adam Alter studies how much time people spend on screens and whether screen time affects happines. He talks about how Waldorf schools and high-tech executives are mindful about screentime for children.

Cyber Civics on the Today Show

An entire generation of kids is growing up with social media, and it’s affecting them in more ways than most think. NBC’s Jacob Soboroff speaks with students at Journey School in Aliso Viejo, CA, who are studying the effects of their smartphone use on their daily wellbeing, as well as their privacy, in their Cyber Civics classes–a program now being taught in the middle school at Waldorf School at Moraine Farm and in 38 US states, and internationally. He also discusses screen addiction with Dr. David Rosenberg, chief psychiatrist at Children’s Hospital of Michigan.

This slideshow, created by a Waldorf parent, captures many of the outstanding achievements of Waldorf graduates, as well as the many successful people who have chosen Waldorf education for their own children. 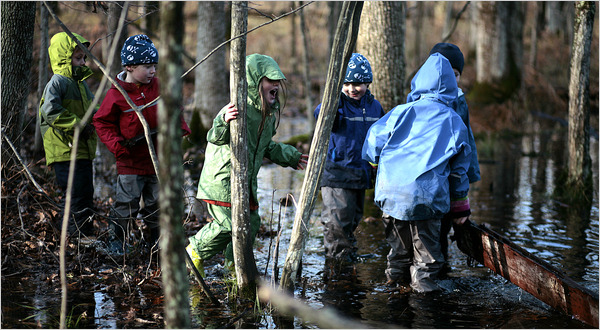 For Forest Kindergartners, Class Is Back to Nature, Rain or Shine 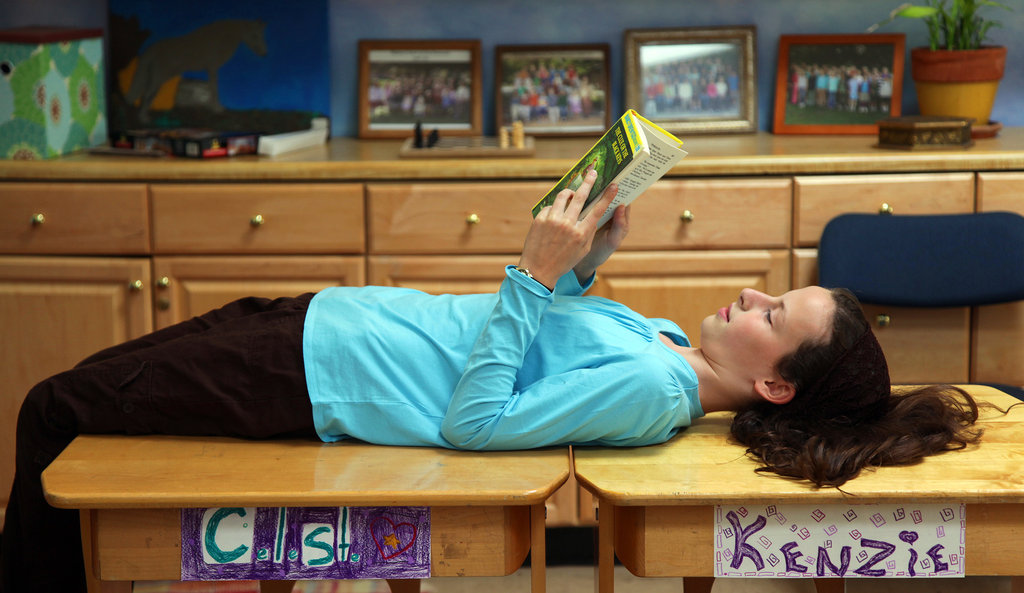 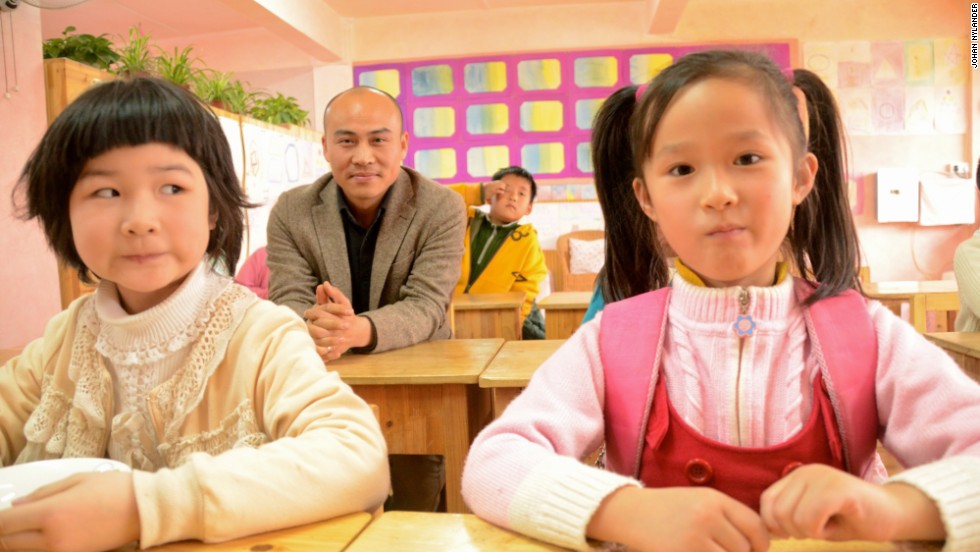