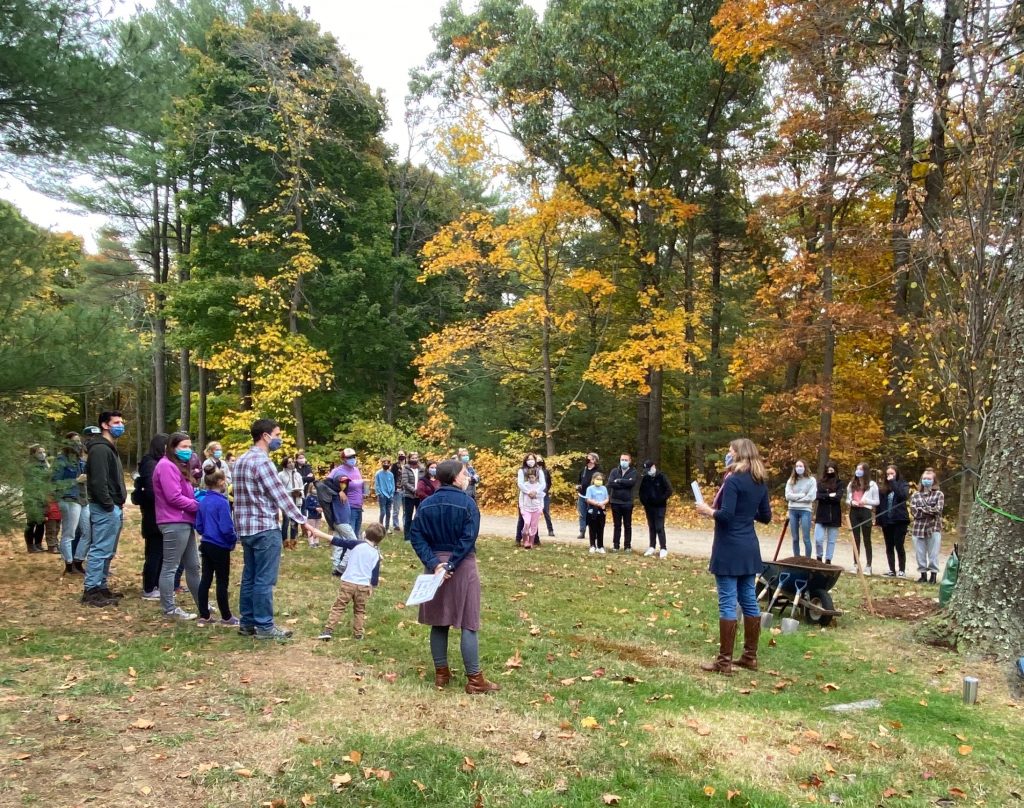 Earlier this year, after the 8th-graders finished their research projects on global climate change, they wanted to put their ideas into action, and they generated a list of action items to take on the school campus. (Action items that would protect the environment.) One of the items was “to plant a tree on campus with [their] buddy class,” the then-Class 1/2. Months later, with the approval of the Board and a generous donation from The Crossland Group, a tree was purchased. It was professionally planted on October 6th. This particular tree is a Princeton elm, known for its resistance to the Dutch Elm disease. The elm tree symbolizes rebirth, healing, and justice.

The ceremony began with opening remarks from Amanda. Urvi read a poem by Kai Siedenburg, “What do Trees think about in the Morning”, and Teri Riddle shared a few words. Then, the students (Class of 2020 and Grade 2/3) shoveled compost around the base of the trunk, and watered the tree. The students also participated in a scavenger hunt for different types of leaves, acorns, feathers, twigs, and used these items to build fairy houses in the Maple Grove. It was a wonderful time for the students to reconnect, as well as for families to reconnect.

The tree officially resides across from the Maple Grove to be admired year after year. Thank you, Teri Riddle, Jack Hogan, Anita Brewer-Siljeholm, and Urvi for your support during the entire process, from idea to reality! 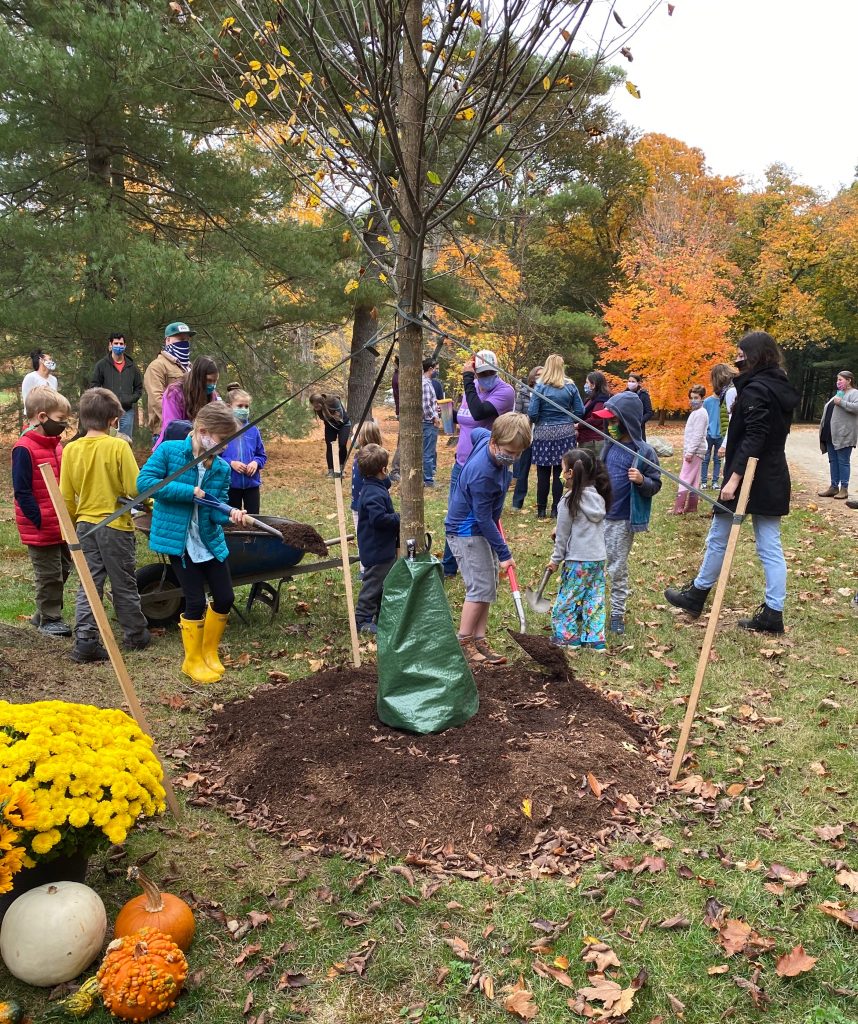