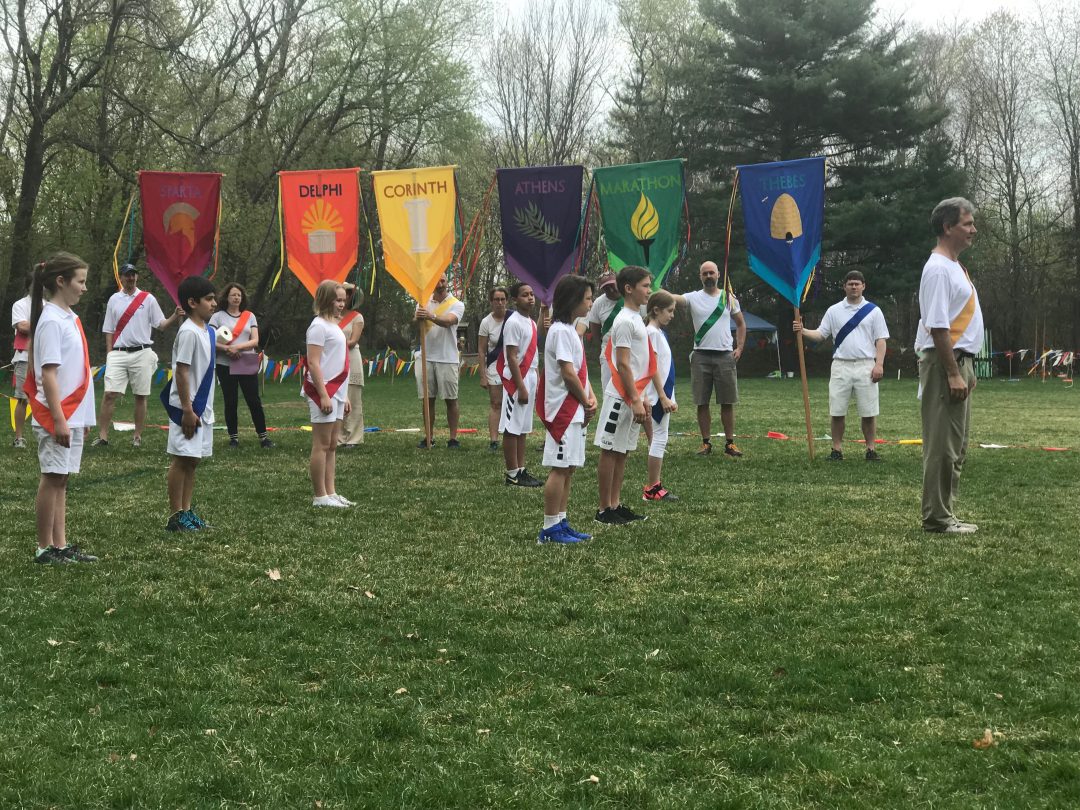 On Friday, May 4th, the Fifth grade class participated in the 30th annual Waldorf School Pentathlon at the Lexington Waldorf School. In attendance was Zeus himself, who has been part of the event for many of those years as has Mr. Yoors, our Pentathlon teacher.

The original Olympics started in 776 B.C. in Olympia, Greece. A truce between warring city-states allowed participants the opportunity to train early for future area events and get home safely afterward On the second day, a pentathlon was held for the young boys. No girls were allowed to compete in the original games, though they had their own games in honor of Hera at another time. The boys’ games were held in honor of Zeus. At our event, Zeus was presented with gifts from each school: ours being water from Wenham Lake, a shell from a local beach, odes to Zeus written by each student, and a Bothmer movement exercise lead by Mr. Yoors.

There are several things I most enjoy about The Pentathlon: One is the wonder and satisfaction the children express during the day as they progress from event to event, even if they don’t win. The others are seeing the camaraderie that surfaces among the children and seeing how much fun their parents have during the day.

Congratulations to our Fifth Graders!