Nathaniel Hacker graduated from Beverly High School and will be pursuing a degree in computer science at Worcester Polytechnic Institute in the fall. 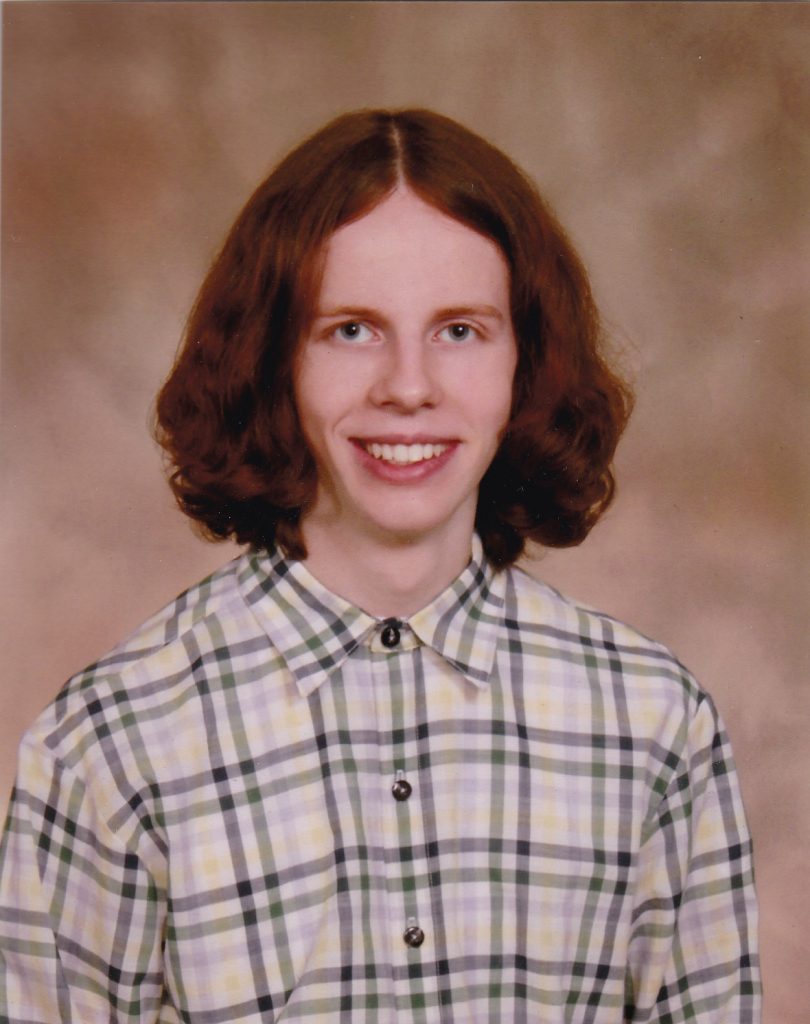 Katherine Hill graduated from Rockport High and will attend The New School in New York City. 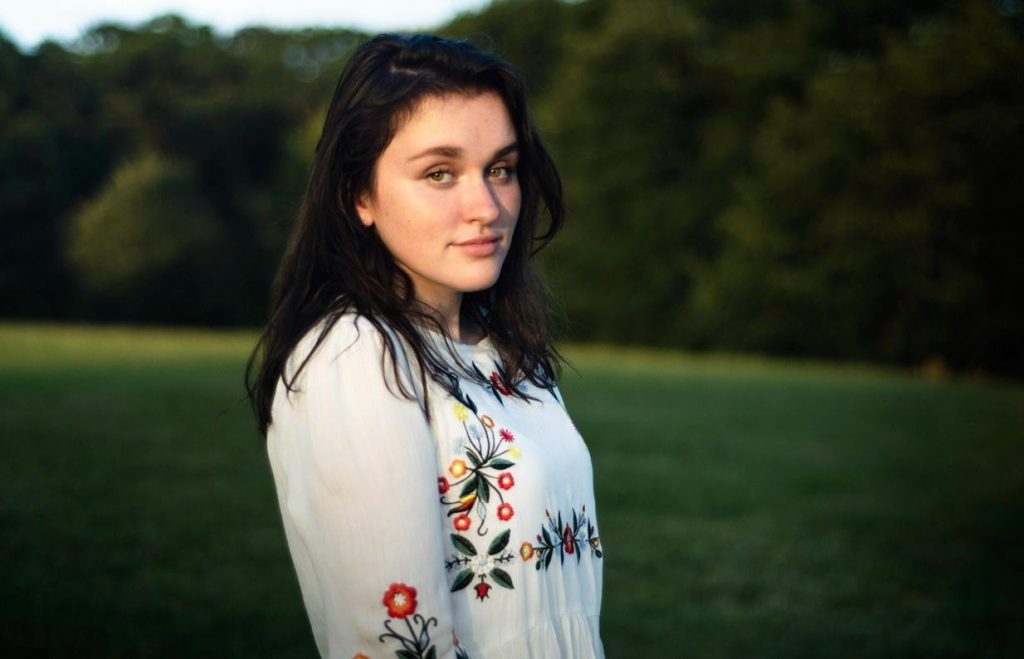 Gavin Dowley
graduated from Marblehead High School on June 7. He will be attending Connecticut College in the fall – go Camels! When asked for his favorite memories at Waldorf he said kindergarten naps, eurythmy, cross-country skiing, and friends. 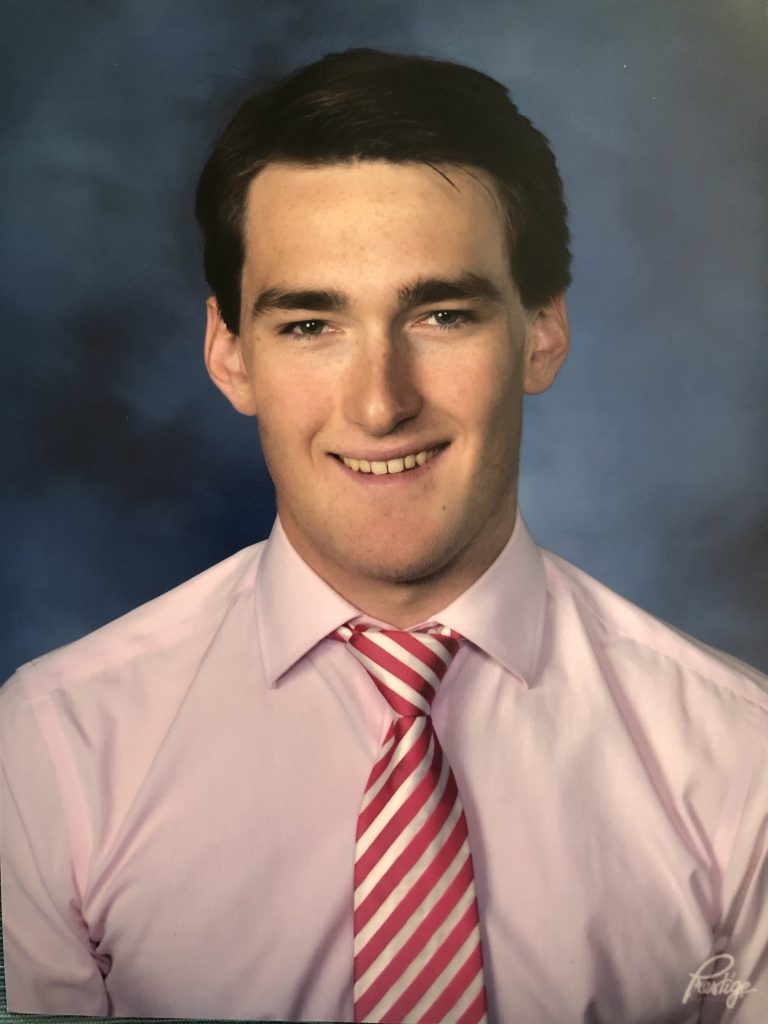 Sarah Durkee just graduated from Newburyport High School, and will be attending Trinity College in Hartford, Connecticut in the fall. She plans on going into computer science and engineering. Her favorite memories from Waldorf are of all her classmates having fun on all the class trips. 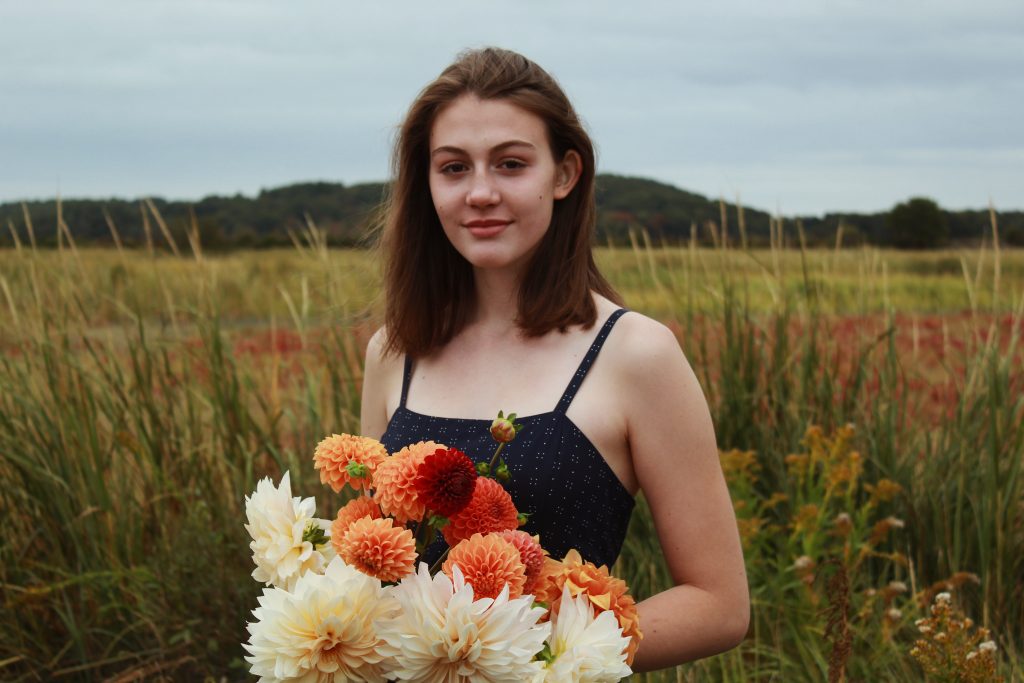 Delilah Meyer graduated from  Rockport High School, and will be attending Bates College in the fall. 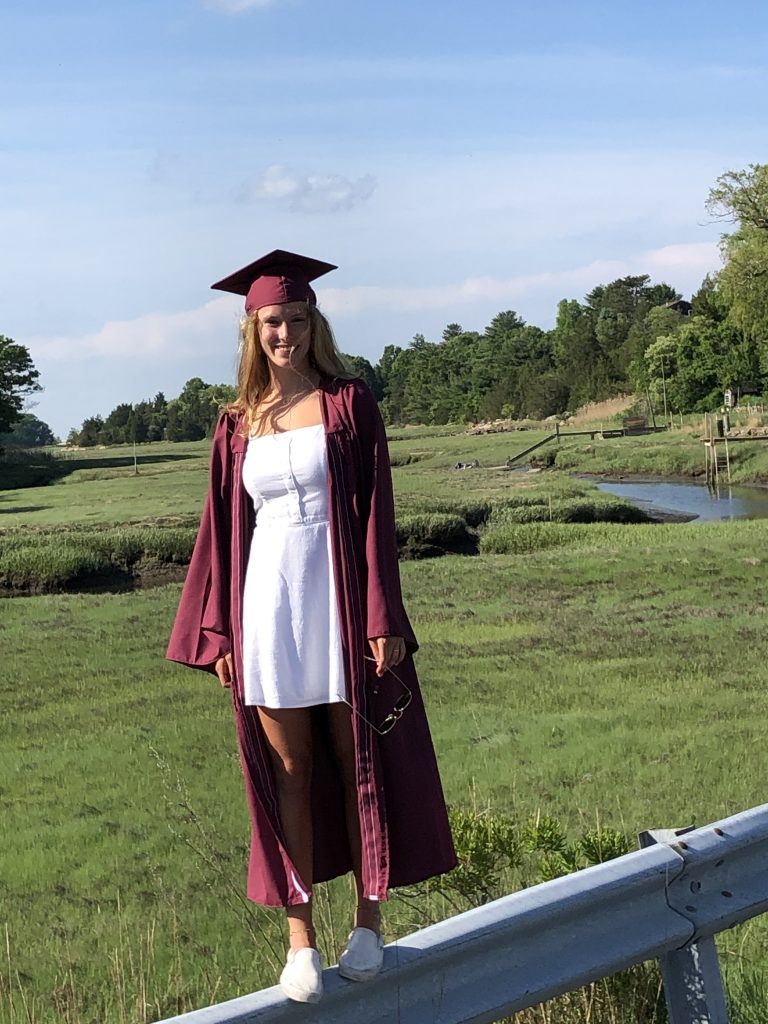 Jesse DeWeese-Boyd graduated from Georgetown High School this past Saturday, June 13, in a “drive-in” ceremony. He will study history at UMass-Lowell in the fall. Congratulations Jesse! (photo by Kim Indresano) 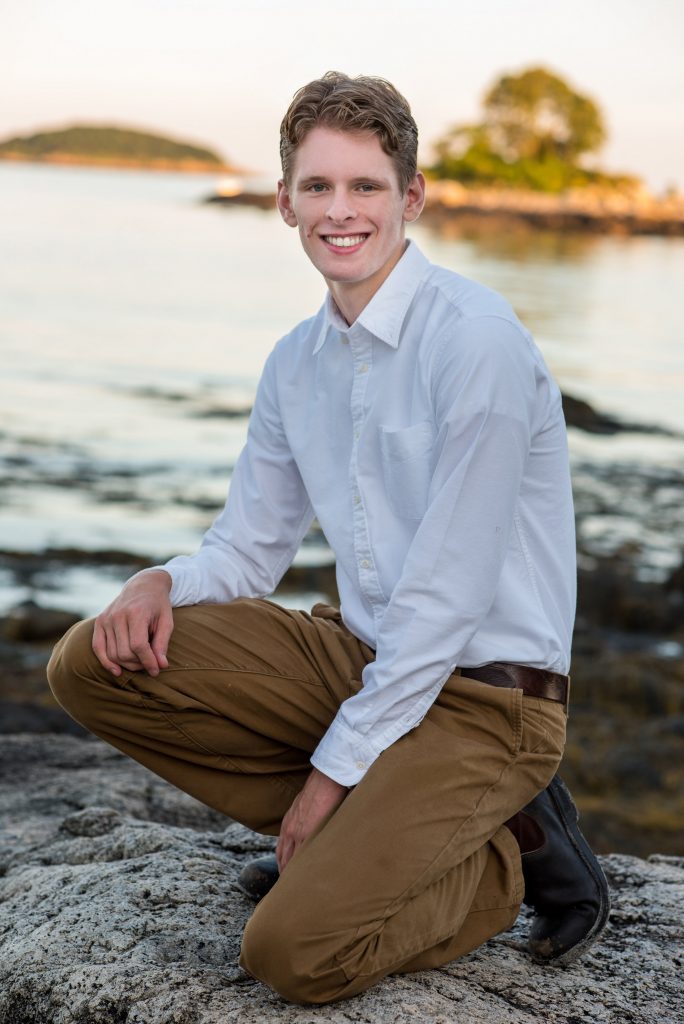 James Mercier graduated from Rockport High School on June 5th. He will be attending Champlain College in Vermont next year. When I (Caroline Mercier, mom) asked him for a favorite memory from his time at Waldorf, he mentioned his friends, the Hale St. building and Huck-a-Buck bread 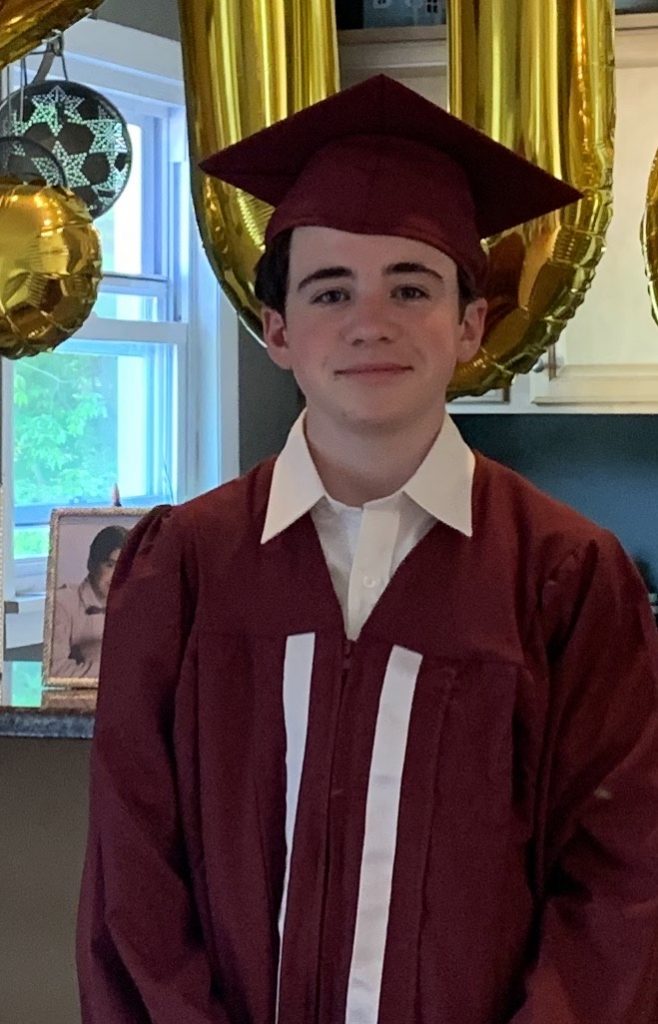 Lilly graduated on June 7 from Newburyport High School, which staged a fantastic car parade around town, winding up with each family’s car pausing at the front door of the high school, just long enough for a masked Mayor Holaday to hand the graduate her diploma. The best part was that so many townspeople came out and cheered for them with noisemakers and balloons and homemade signs.

Lilly will be going to URI for the Flagship Chinese Language Program sponsored in part by US Departments of Defense and State. She’s determined to be a fluent Mandarin speaker by the time she graduates. Her admission into this program was definitely helped along by her membership in the German Honor Society, in turn, owed to her ten years of German while a Waldorf student. She’ll have a dual major but doesn’t know yet what the other subject will be. (photo by Nancy Durkee) 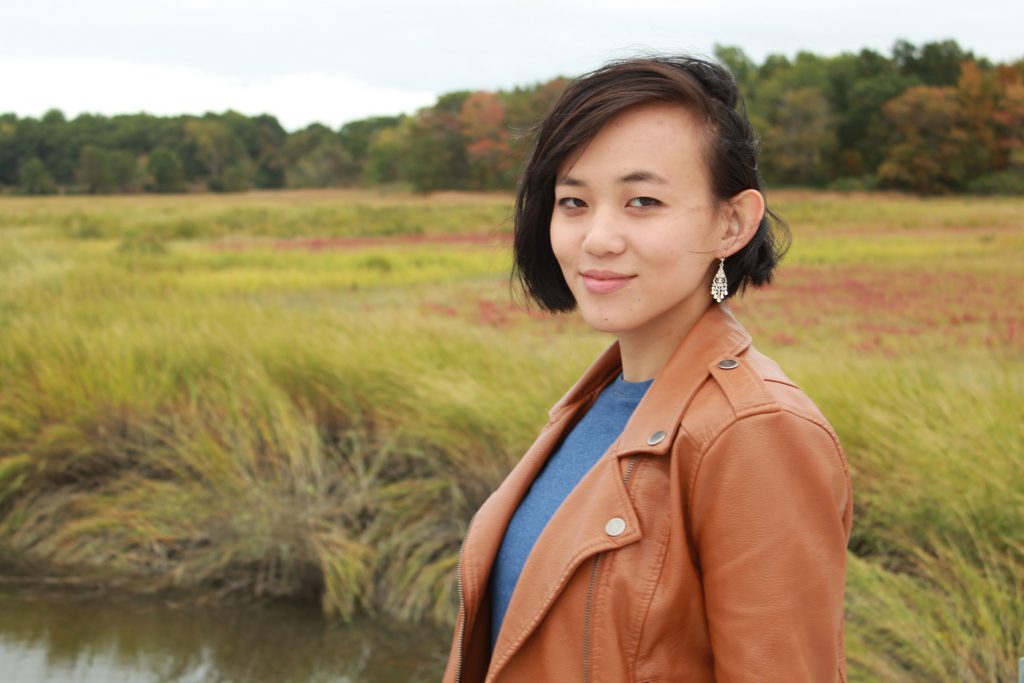 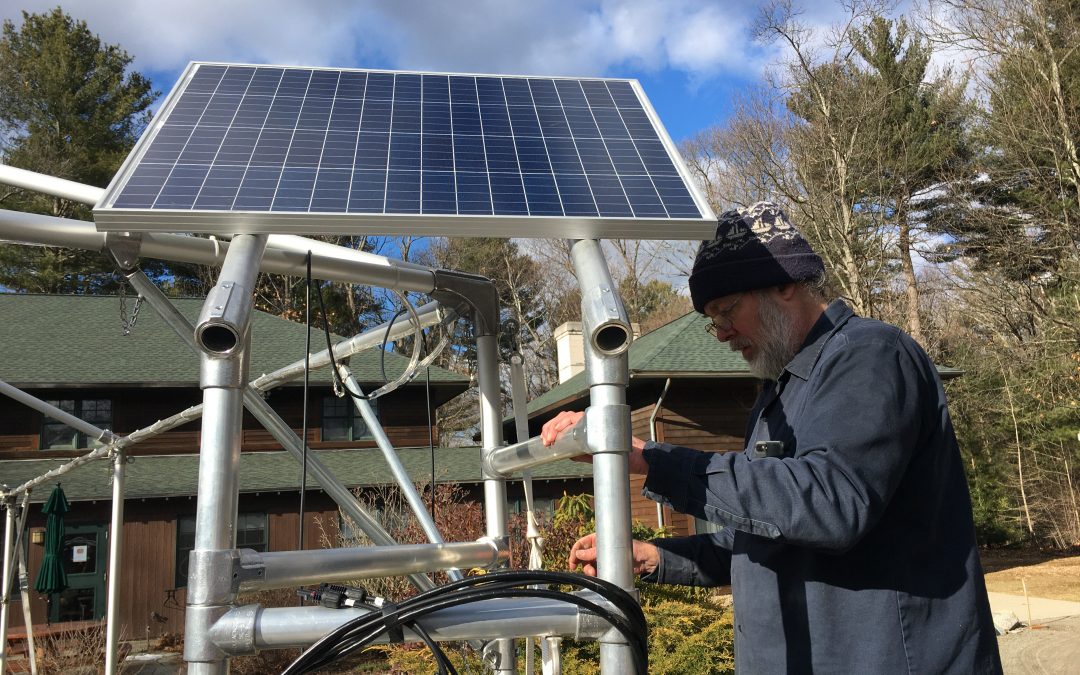 The new solar panel is now up and running in the Quad, designed to run the rope lights attached to the canopy structure using 100% solar energy. These cheerful lights will brighten the space underneath, turning on automatically each afternoon and evening at no cost in fossil fuel consumption. END_OF_DOCUMENT_TOKEN_TO_BE_REPLACED 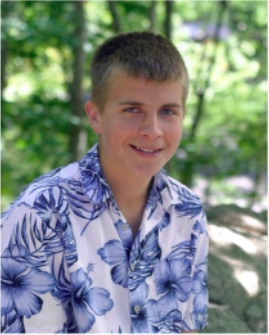 Every fall, our school remembers David Siljeholm, who died on October 13, 2004, during his eighth-grade year at our school.

Especially for our new community members, we invite you to read this article published in Renewal magazine that Anita Brewer-Siljeholm, David’s mother, and Jenny Helmick, David’s class teacher at the time, wrote in 2012. END_OF_DOCUMENT_TOKEN_TO_BE_REPLACED 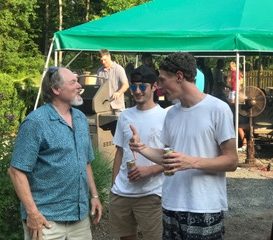 Imagine a place where Waldorf Alum can find each other, help each other find work, connect with old friends and make new ones, be inspired by what Waldorf alums are doing in the world, mentor younger alums in your field. Well, you are in luck. It’s finally here!!!

If you know a Waldorf alum, please share the link above. This is going to be a powerful tool for all Waldorf alumni!

On July 14, we hosted our inaugural Alumni Family Party. The response was incredible and we had close to a 100 attendees joining us.

We had a wonderful time enjoying good food, good music, and good conversation. We are deeply thankful to all who helped make this event possible.

For those who attended, it was great to see you all. And for those who were unable to attend, we look forward to seeing you next time!

Board Chair Teri Riddle posted some impromptu shots of the event on our community page. You can see them here. 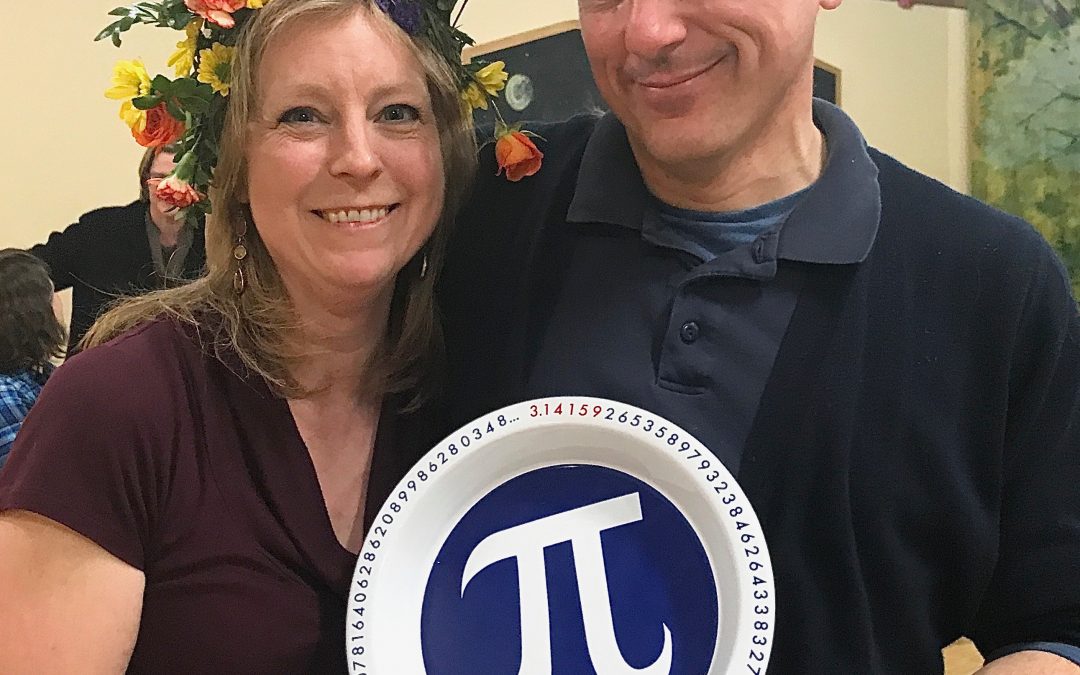 It was a wonderful night for pie

The WCA is sending a big pie shaped, whipped cream covered thank you to everyone who helped make happen the first-ever Waldorf Pi Day Pie Auction on 3.14. Parents, faculty, and alumni all came together to bake pies and put on a great celebration that helped give our school community a night of fun, laughs, and connection. As a result of the night, the WCA is able to fund our community association for all of next year and donate to this year’s annual fund. Jeni Indresano’s Color Splash Designs generously donated 25% of its evening’s proceeds to the annual fund. Cathy and James Kennedy were anointed Pius Maximus status for baking the pie that brought in the highest bid ($150). Congratulations, Kennedys! 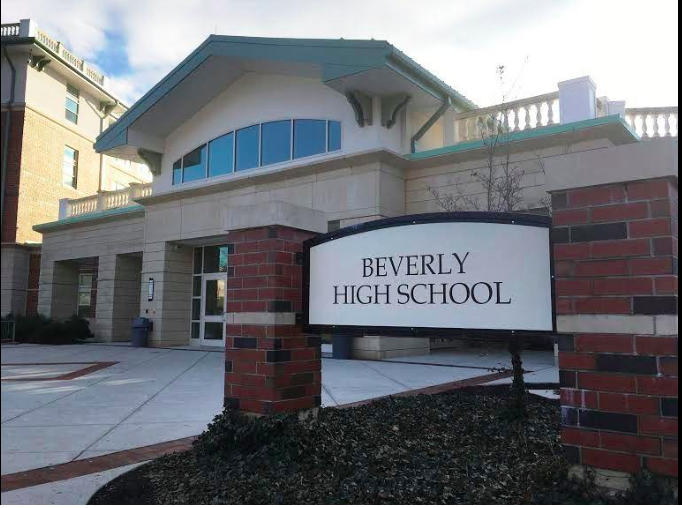 Congratulations to our alumni, Ella Mills (freshman) Nathanial Hacker (junior), who made Honors with Distinction for both quarters at Beverly High School, and Matthias Butin (sophomore) who made Honors for 2nd quarter.

Our Homeschool Program is Open for Registration! Check out our Fall Semester offerings for students in Grades 2–5.