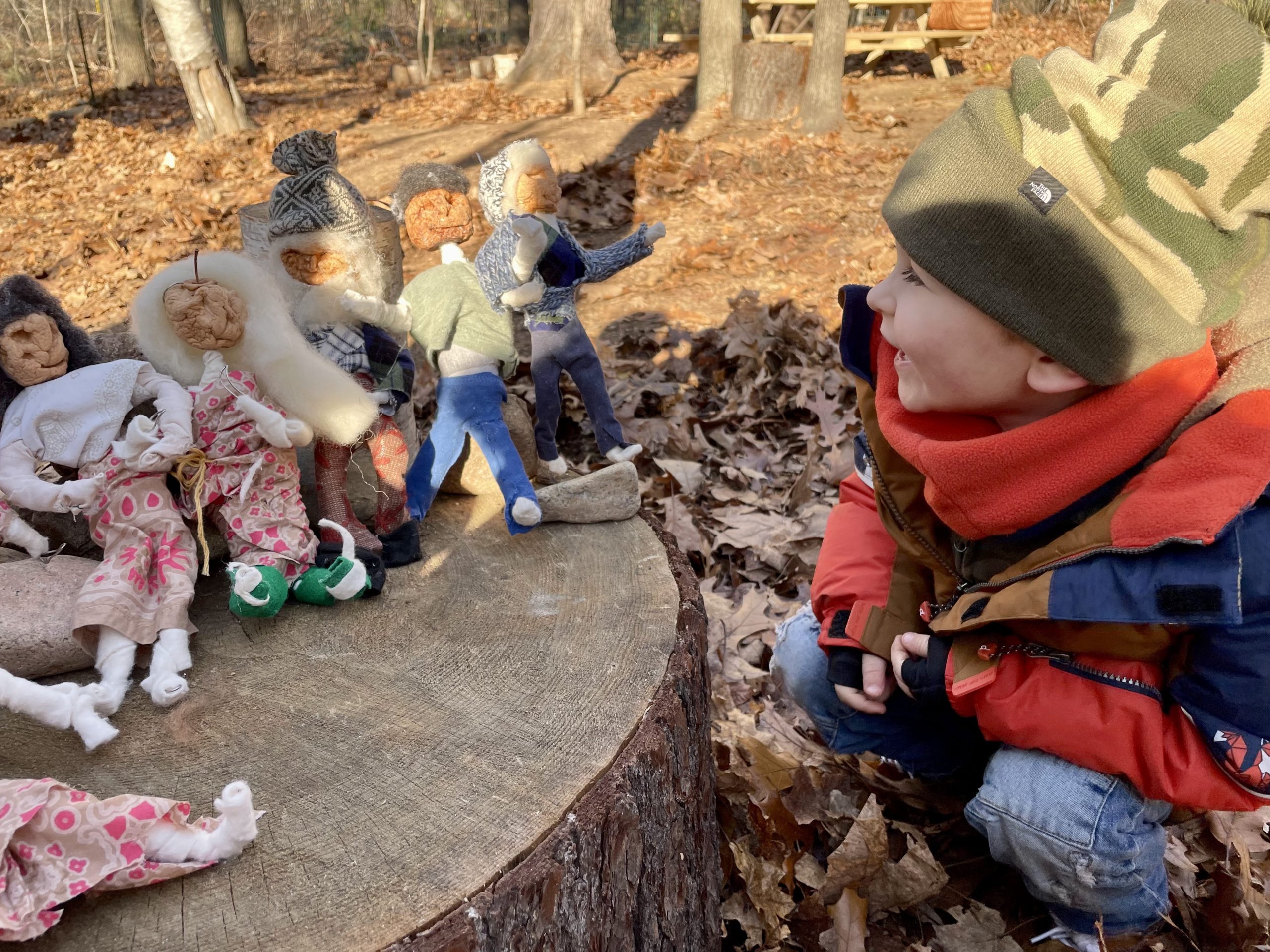 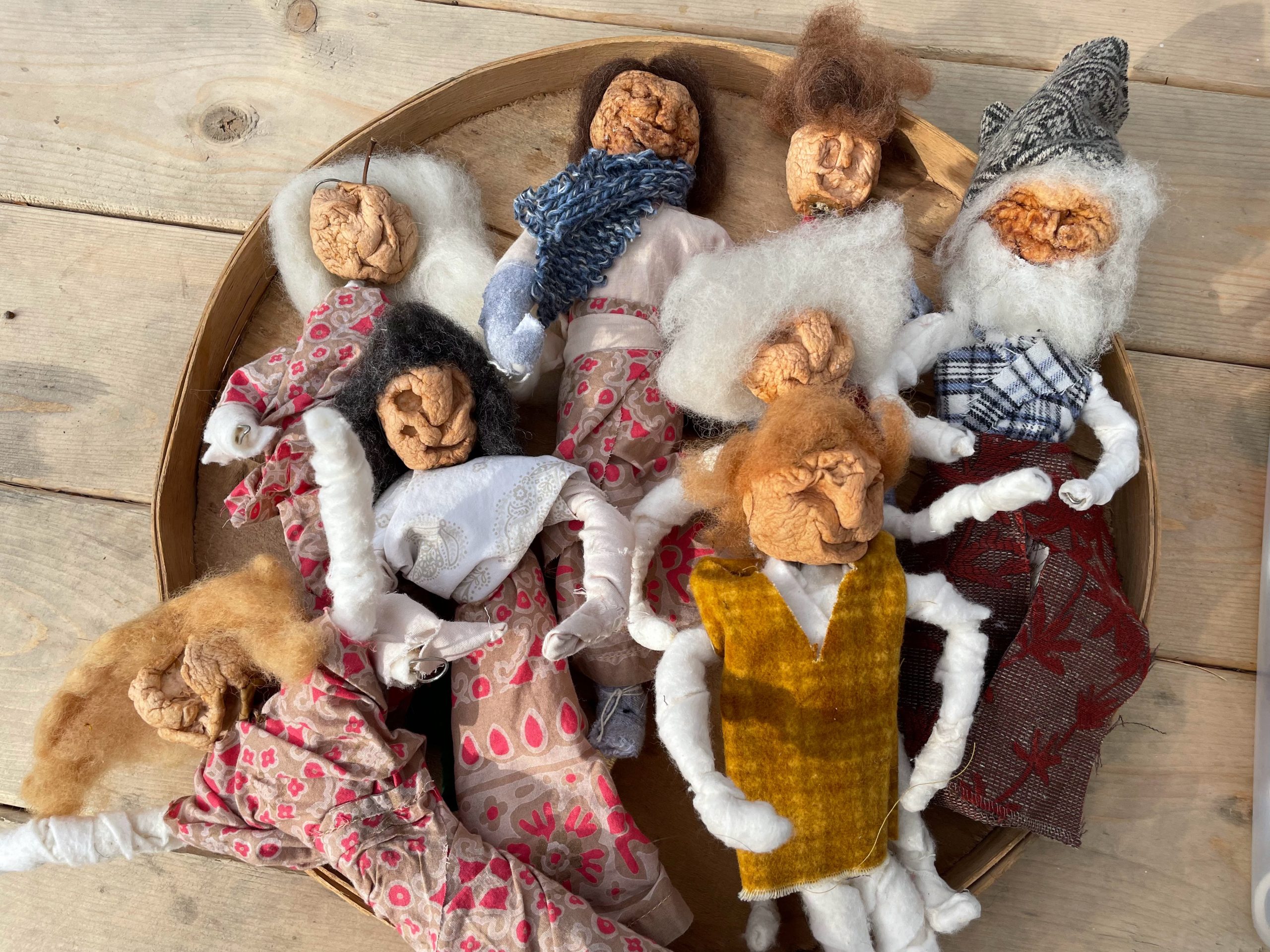 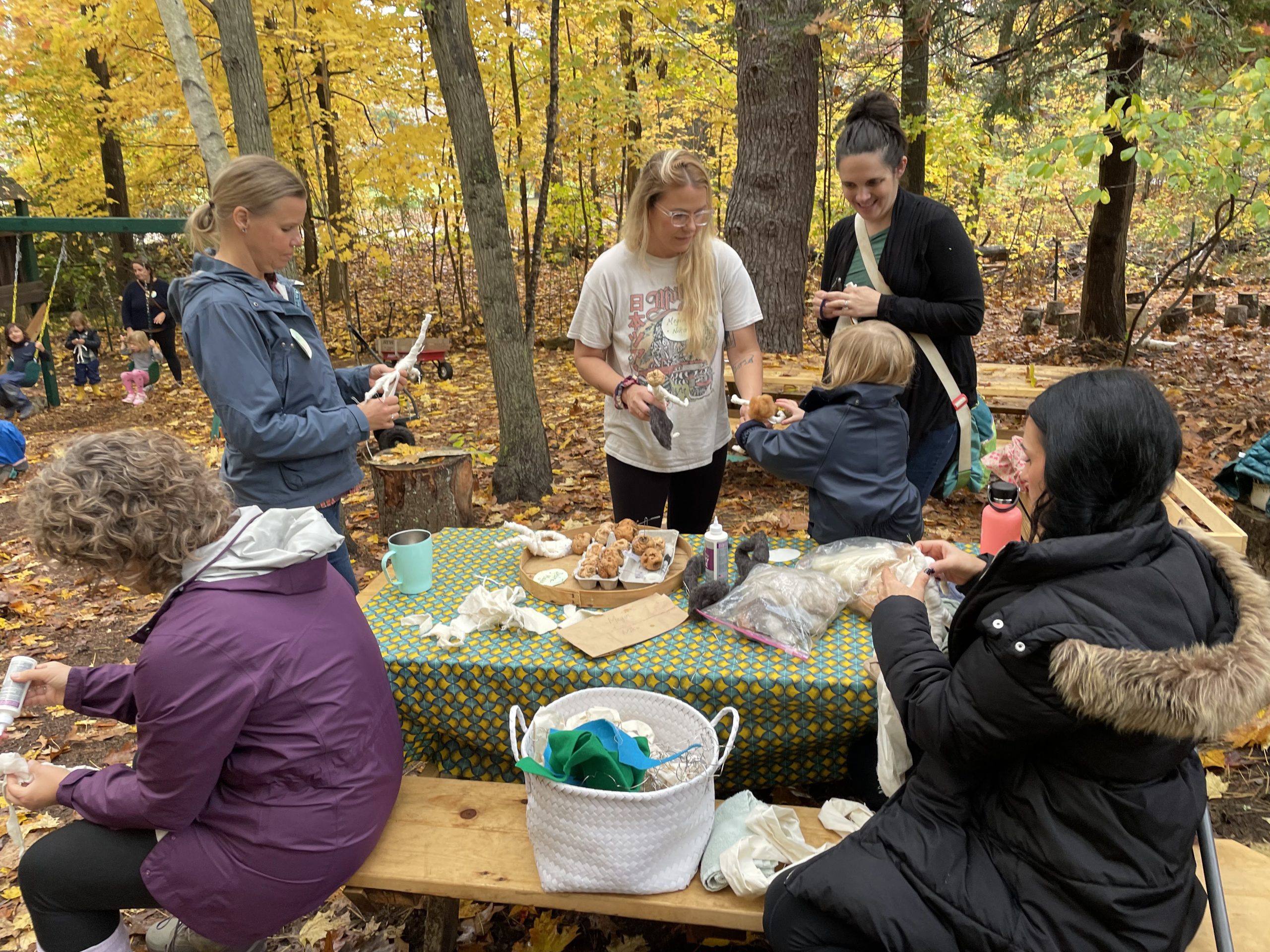 Many a childhood memory involve beloved dolls, and this year, families in Ms. Scalera’s Apple Blossom Parent and Child class got a jumpstart on those memories when they made their own apple dolls. They began in September with large juicy granny smith apples which they peeled and carved faces into. The apples slowly dried, shriveled, and shrunk over several weeks. They then used wire from old spiral ring notebooks, shaped into stick figure armatures and wrapped with felt to create the dolls’ bodies. Once the apple heads were safely affixed to the wire bodies, the last steps were to glue or stitch clothing, hair, and accessories onto the dolls.

The craft of making apple dolls is a tradition that comes out of the Seneca, an Indigenous nation also known as the Onöndowa’ga, or “People of the Great Hills”. In the Seneca tradition, the doll was called “Loose Feet” and considered to be a wise, old, and happy spirit that makes the wishes of little children come true. Apple head doll making was adopted as folk craft through colonial North America and continues to this day.

Part of the magic of the process of making the apple head dolls is the discovery of just who the doll might become in the end. The carving of the face is the beginning step, but how it dries and shapes over time is unique, and how the maker decides to dress the doll with clothing and hair brings a final personality into being. 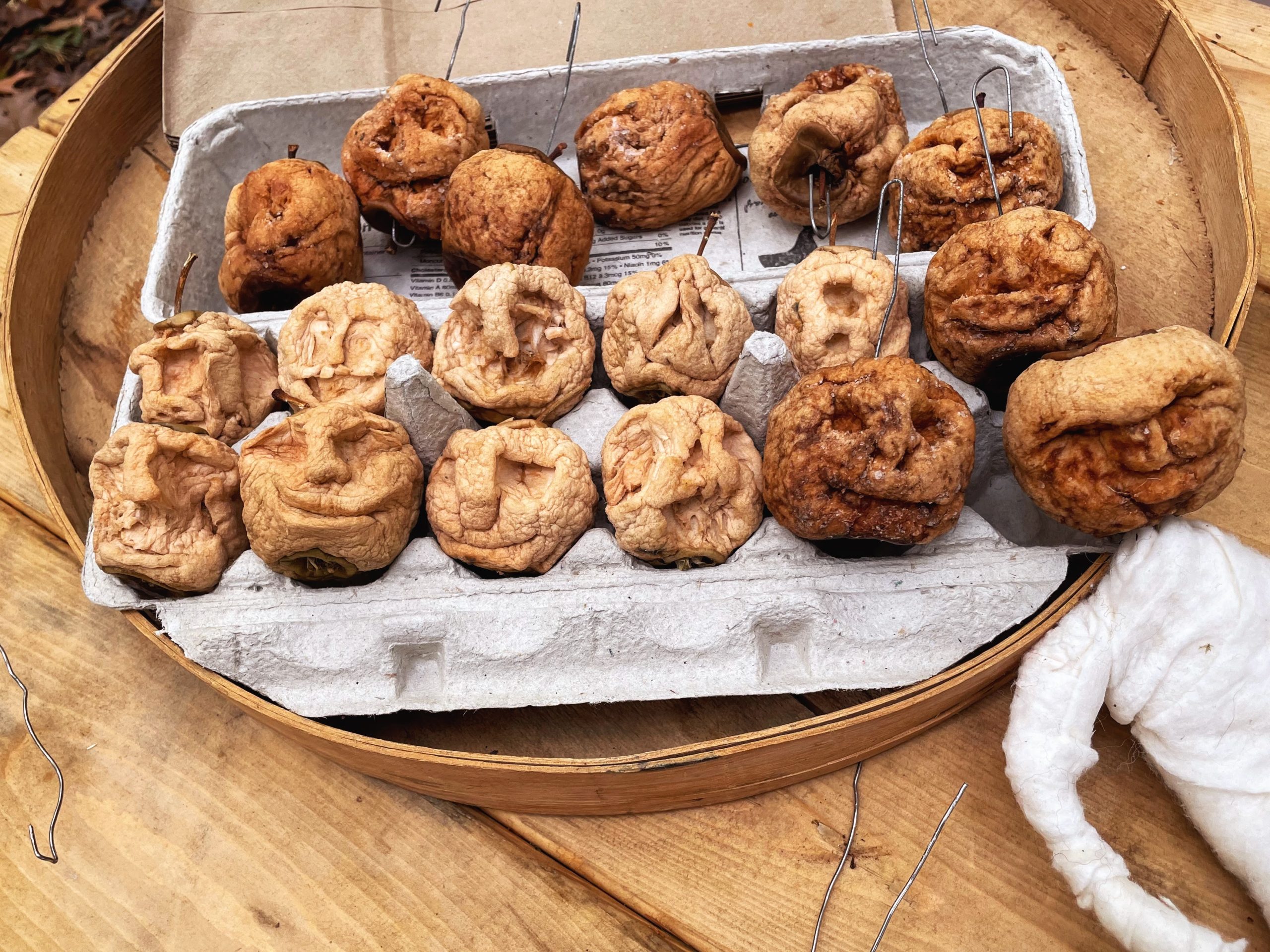 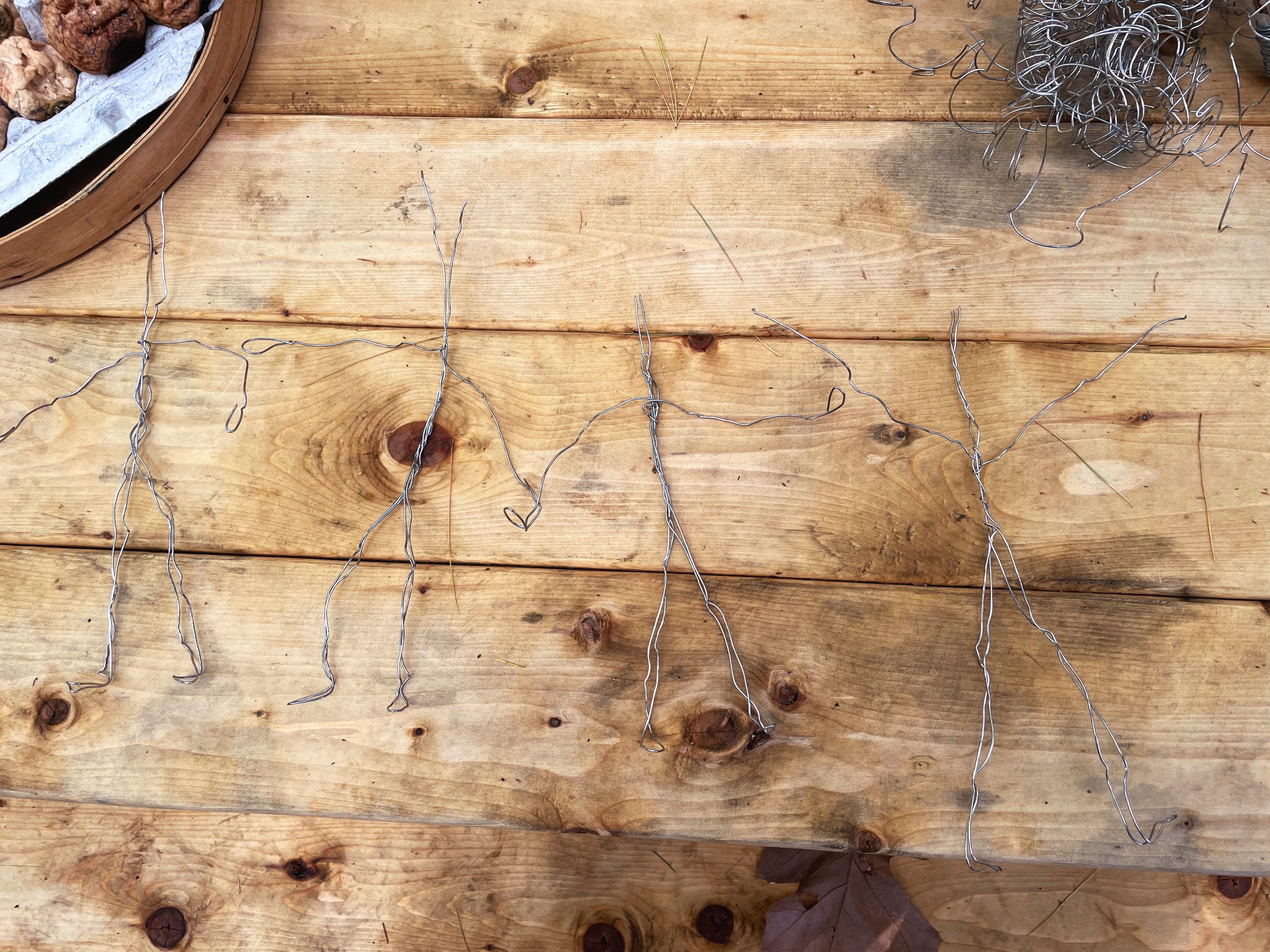 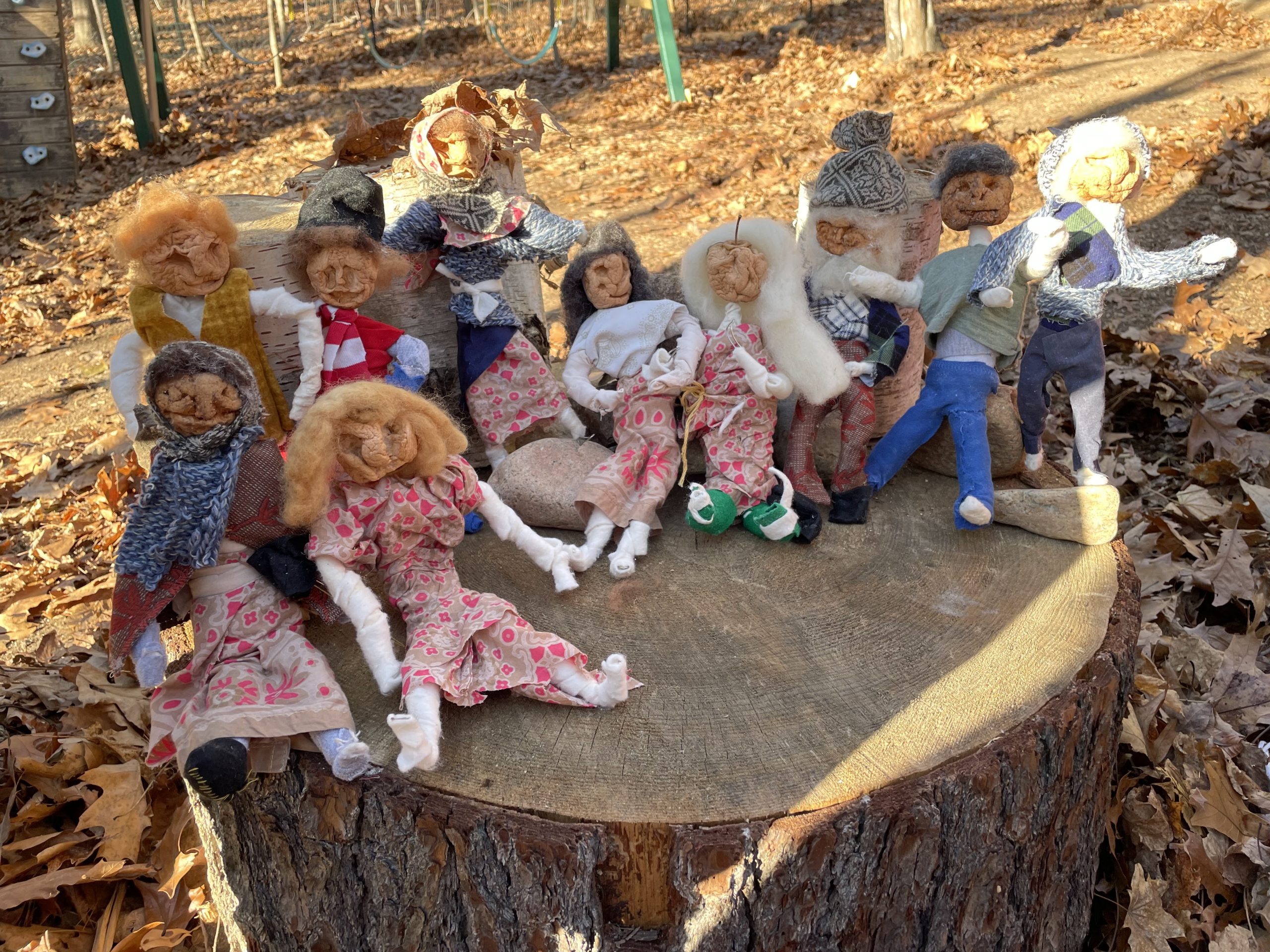